Kemal Korucu is the president of the board of directors of Southeast Islamic Community Center.
He has served on the boards of several non-profit organizations in Georgia, including the Istanbul Cultural Center,
Neshama Interfaith Center, The Atlantic Institute and Georgia Interfaith Power and Light.
Outside of his work for his own software development company, Kemal always gives generously of his time,
is frequently invited to speak at programs such as this and volunteers for interfaith dialogue activities whenever possible.
Through him, many of us have learned about Islam and Sufism, and commonalities with other faith traditions.
In 2014 he was honored as one of “100 Most Influential Muslims in Georgia”.
In April of 2015 he was inducted by Morehouse College Martin Luther King Jr. International Chapel into College of Ministers and Laity.
Kemal is married, and has a beautiful daughter. 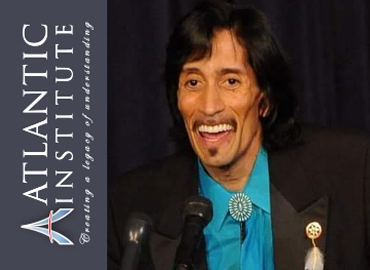 Dr. Will Moreau Goins is the posthumous award winner of the 2018 Atlantic Institute Peace and Dialogue Award for his groundbreaking work as a national and state leader, passionate in his work to bring cultures together in love and truth. Until his untimely passing in November 2017, he served as CEO for the Eastern Cherokee, Southern Iroquois and United Tribes of South Carolina. As 'the Voice of the Marginalized', Dr. Goins helped to establish the South Carolina Governor’s Ad Hoc American Indian Task Force, which culminated in fostering policy changes and state legislation to deliver services to Native American, Hispanic/Latino, Asian American, as well as African American citizens in our state. He initiated the South Carolina official observation of National Native American Indian Heritage Month, acknowledged as a statewide observance by 3 Governors. In 2013, Dr. Goins was instrumental in getting the South Carolina General Assembly to recognize and celebrate November 18th annually as “Native American Awareness Day,” in South Carolina. Will served on numerous boards including the Modjeska Monteith Simkins Center for Justice, Ethics, and Human Rights; South Carolina Department of Mental Health Cultural Competency Committee; Chairman of the Interfaith Partners of South Carolina (IPSC).He was the founder of the “Annual Southeastern Native American Indian Film and Video Festival,” which presents a series of films produced by, directed by, and starring Native American people. Dr. Goins was the recipient of the “2008 Jean Laney Harris Folk Heritage Award” which recognized his lifetime achievement in traditional arts. He was a strong supporter of the Columbia arts community through work with Workshop, Trustus, Harbison and Town Theaters. 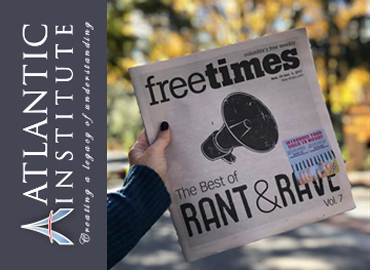 Free Times has been Columbia, South Carolina’s alternative weekly newspaper since 1987. It’s grown from a bi-weekly source of entertainment information to a weekly 56-page paper filled with investigative journalism, political opinions, rant and rave, event calendars and many other sections that thousands of Midlands residents engage with every single week. It’s now the largest and most-read weekly publication serving Columbia and the surround Richland and Lexington counties, reaching a past week audience of 100,500.

Today, Free Times sustains a reputation for providing honest and trusted coverage of news, food, music, arts, and culture; throwing the best events in the community; and engaging an audience of diverse political views, socioeconomic statuses, races, ages, and genders. 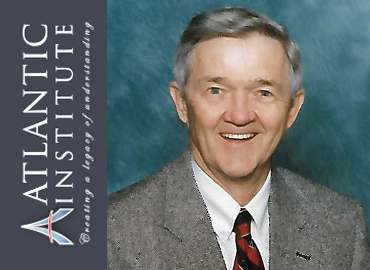 His academic degrees were gained from Wofford College (B.A.), Candler School of Theology at Emory University (M.Div.) and Lutheran Theological Southern Seminary (D.Min.). As a chaplaincy director and clinical pastoral teacher with the public mental health system for most of his ministerial career, he retired from the South Carolina Department of Mental Health in 1999. Since that time, his efforts in various contexts of social care have strongly continued.

Examples of his activities in various eras have included participation on a Witness for Peace team in the Central American countries of Nicaragua and El Salvador. He was a five-year chairperson of a statewide annual public awareness event in South Carolina that was related to the critical needs of severely mentally ill persons and their families. He has participated in civil disobedience and protest of the Iraq War and also the lack of Medicaid Expansion in South Carolina.

Dr. Summers has spoken at state legislative committees and rallies that included such issues as environmental policy and gun violence. He also has been involved in supportive activities for both interracial healing and immigrant rights.

Association and the Association of Mental Health Clergy. The Candler School of Theology.

presented him with the Distinguished Alumni Award for Community Service. As well, he received the Howard G. McClain Christian Action in Public Policy Award from the SC Christian Action Council.

He and his wife Marilyn Boyd Summers have been married for fifty-six years, and they have continued to live in Columbia since 1965. They have two sons and four grandchildren.