The form #137 does not exist or it is not published.

Join us for this Virtual Event

Zoom Link will be provided as you register.

The Atlantic Institute of South Carolina and the Columbia World Affairs Council invites you to join a virtual program on Zoom to discuss the changes in Turkey from the past several years. We wish to closely examine the effect on democracy, human rights, economy, and international and Kurdish relations. We will be featuring a prominent newspaper executive as a speaker, Mr. Abdülhamit Bilici, who was exiled for his political opinions and is now living in Washington, DC. 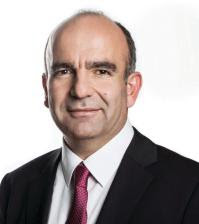 Abdülhamit Bilici is a Turkish newspaper executive in exile following recent political turmoil and government oppression of the media in Turkey. Before leaving the country, Bilici served as editor-in-chief of the newspaper Zaman Daily, the largest daily newspaper in Turkey. He also was Chief Executive Officer of its English-language version, Today’s Zaman. Bilici also served as general director of Cihan News Agency and as editor of Aksiyon Weekly Magazine.

Bilici is an expert on Turkish politics and is widely sought as a speaker on the ongoing political crisis. He is editor of the book Why Turkey? which combines different perspectives on Turkey-EU relations.