The Atlantic Institute is dedicated to promoting understanding between different cultures and faiths. To that end, we seek out people of all ways of life, philosophies and belief structures to learn from as many different perspectives as possible. We are excited to announce a panel that will see secular groups coming together to discuss their differences and similarities in an open forum. Join us as we explore the meaning of secularism, what types of groups that encompasses and how secularists view certain traditions and cultures.

I was born in Cleveland, TN in 1977 and grew up in Tampa, FL. I went to college to study Physics, but ended up falling in love with the humanities after spending a semester studying in Cambridge. I still approach philosophy from an interdisciplinary perspective and care deeply about the ideas that lie behind and motivate cultural expression in art, music, and literature. I received my Ph.D. in philosophy at Vanderbilt where I worked closely with David Wood. Now specializing in Postmodern Philosophy of Religion and Political Philosophy, I primarily engage in debates about the possibilities of determinate religious belief and practice in a deconstructive context.​

Mandisa Thomas, a native of New York City, is the founder and President of Black Nonbelievers, Inc. Although never formally indoctrinated into belief, Mandisa was heavily exposed to Christianity, Black Nationalism, and Islam. As a child she loved reading, and enjoyed various tales of Gods from different cultures, including Greek and Ghanaian. “Through reading these stories and being taught about other cultures at an early age, I quickly noticed that there were similarities and differences between those deities and the God of the Christian Bible. I couldn’t help but wonder what made this God so special that he warrants such prevalence today.” she recalls. 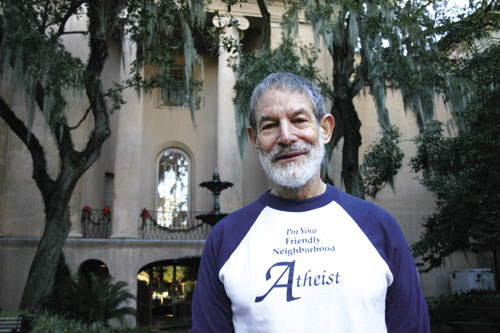 Herb Silverman, Distinguished Professor Emeritus of Mathematics at the College of Charleston

Herb Silverman is Distinguished Professor Emeritus of Mathematics at the College of Charleston, founder of the Secular Coalition for America, founder of the Secular Humanists of the Lowcountry in Charleston, SC, and a recipient of the American Humanist Association Lifetime Achievement Award. Herb has appeared in a number of debates, including one at the Oxford University in England on the topic: Does American Religion Undermine American Values? His books include Candidate Without a Prayer: An Autobiography of a Jewish Atheist in the Bible Belt and An Atheist Stranger in a Strange Religious Land. His website is https://www.herbsilverman.com

Born to Cuban parents and raised in the overwhelmingly Latin millieu of South Florida, I was exposed to the nominal Catholicism common in Hispanic culture. Once enrolled in a religious private school, a more evangelical Christianity entered the regular diet. This influence persisted until Philosophy 101 in college where a native propensity for scientific thinking dovetailed with the philosophical enterprise. Since then, a steady consumption of historical, psychological and philosophical material have provided the edifice for constructing meaning as a secular humanist